Home > Blog > When Can I Get Out of Here? The Olmstead Decision 22 Years On

When Can I Get Out of Here? The Olmstead Decision 22 Years On 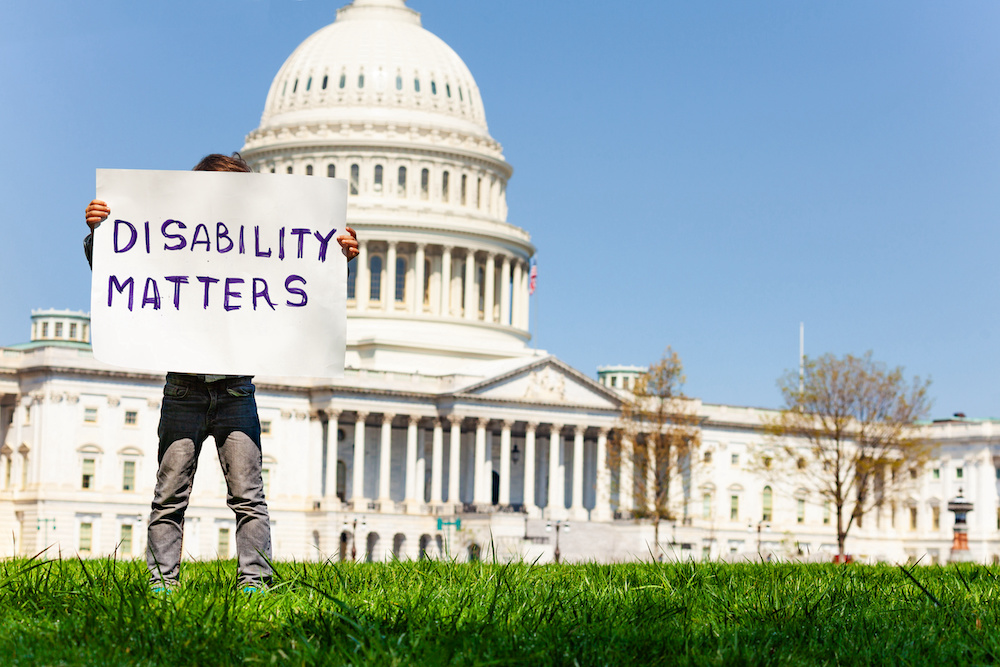 On this date in legal history, we look back at one of the most momentous U.S. Supreme Court decisions in disability rights history:  Olmstead v. L.C.  On June 22, 1999, Justice Ruth Bader Ginsburg wrote for a 6-3 majority in holding that the unnecessary institutionalization of people with disabilities constituted illegal discrimination under the Americans with Disabilities Act.  In the years since, people with disabilities and their advocates have continued to fight for recognition as full members of society.  The history of Olmstead and the Americans with Disabilities Act informs future impacts on community inclusion advocacy.  Several of Disability Rights New Jersey’s litigation efforts reduced this type of systemic discrimination in New Jersey, but the risk and reality of segregation remains.

For some of us, June 1999 feels like only yesterday, while for others it’s ancient history.  Let me take a second to put that date in context.  The Matrix was still in theaters, Vice President Al Gore had just announced his run for President, and the Columbine High School shooting seized national attention only two months earlier.  The Berlin Wall fell less than 10 years before the Olmstead decision, while I write about it 22 years later.  Most importantly, however, President George H.W. Bush signed the Americans with Disabilities Act into law 9 years earlier, on July 6, 1990.  The bill included a built-in delay so that most elements would not kick in until 1992.

The Americans with Disabilities Act shares common themes with other civil rights laws, such as a prohibition on outright discrimination based on membership in the protected class (in this case, having or being perceived to have a disability).  It also requires accessibility accommodations because people with disabilities could still be excluded from full participation, even in the absence of discriminatory intent.

It’s easy to think about accommodations like ramps to make a building accessible to someone who uses a wheelchair, closed captions for a deaf person, or braille signage for blind people.   For our discussion on Olmstead, the key is the government services provisions under Title II, which prohibits government programs and services from subjecting people with disabilities to discrimination by reason of such disability.  In these types of programs, governments must reasonably modify their policies to ensure they do not cause disability discrimination.

To understand how this law against discrimination created a right to be free from unnecessary institutionalization, we can look at the circumstances of Lois Curtis (the L.C. in the name of the case), Elaine Wilson, and Tommy Olmstead, the principal parties to the law suit.  In 1995, both Lois Curtis and Elaine Wilson, people with mental illness and developmental disabilities, had lived in a psychiatric unit of a state-run hospital in Georgia for several years.  Tommy Olmstead was the state administrator responsible to provide supporting services.  Their doctors agreed they no longer needed treatment there and could return to the community with appropriate supports. Both had lived in the community before and wanted to return, but they could not get the supports they needed, leaving them trapped in a state hospital.  That’s when Lois and Elaine sued Tommy Olmstead.

Remember that in 1995, when the plaintiffs filed suit, the ADA was still very new; it was signed into law in 1990 and went into effect in 1992. Lois and Elaine complained that, because the services they needed to live were only available in an institutional setting, Georgia’s systems of supports illegally segregated people with disabilities from the rest of society.  Like racial segregation, cordoning off separate parts of the state for people based on their disability status felt like illegal state-sponsored segregation.

After four long years of litigation and appeal, 6 Supreme Court Justices agreed that unnecessary institutionalization isolates people with disabilities from family, social contacts, work, education, and culture in a way that “perpetuates unwarranted assumptions that persons so isolated are incapable of or unworthy of participating in community life.”  The Court ruled that, because of those effects, states must provide community-based services to people with disabilities when the services are appropriate, the recipient does not oppose community placement, and if the services can be reasonably accommodated considering the public’s resources and the needs of others receiving services from the state.  In other words, unnecessary institutionalization of people with disabilities by failing to provide adequate community supports equates to illegal segregation from society.

Though the Supreme Court delivered a huge win for Lois and Elaine, Olmstead did not automatically fix decades of institutional bias that permeated service systems for people with developmental disabilities and mental illness across the country.  Disability Rights New Jersey, then recently independent from state government, had been working with state officials to bring the ruling in Olmstead to a reality for people living in state psychiatric hospitals and developmental centers who wanted to leave.  For these people, however, the only option to get the services they needed were still large, state-run, segregated institutions for people with disabilities. After years of post-Olmstead advocacy, Disability Rights NJ found that hundreds of people who no longer needed to live in an institution and who wanted to return to the community had no choice but to remain in those segregated and restrictive settings.

Disability Rights NJ filed enforcement lawsuits against the state of New Jersey in 2005 and in 2008 based on the decision in Olmstead.  The complaints alleged that New Jersey’s policies illegally segregated people with developmental disabilities and mental illness into large state-run institutions because it failed to provide sufficient community-based supports.  The lawsuits alleged that the shortage of community services created both a backlog of residents stuck in institutions who wanted to live in the community, and people living in family homes who needed more support stuck on a wait list almost indefinitely. The waiting lists placed those individuals at risk of institutionalization if their families could not keep up with their needs.

In 2009 and 2013, Disability Rights NJ finalized settlement agreements covering those lawsuits that dramatically expanded the availability of community residential placements, diverted unnecessary institutional placements, and required the state to find community placements for eligible developmental center and state psychiatric hospital residents over a settlement monitoring period.  The state met and exceeded its obligations under the settlement agreements, which ended in 2018.  The results of these lawsuits reshaped how people with disabilities receive state-funded services, with a new expectation that community services are now the default, not segregation from the rest of society.

The fight for full inclusion, though, is far from over.  People with disabilities, especially those with intense behavioral needs, complex medical needs, and co-occurring disabilities still face a system-wide bias towards institutional care in large institutional settings like nursing homes and state-run institutions.  Even when services like private duty nursing, personal care assistance, outpatient mental health treatment, or behavioral supports are available on paper, people who rely on them to live in the community would tell you that chronic understaffing leaves them teetering on the edge of institutionalization, and therefore segregation.

Only when community-based services are of a quality and quantity to be readily available to support people in in their chosen setting will the anti-segregation mandates of the Americans with Disabilities Act come to full fruition.   The answer to “When can I get out of here?” should always be “Today.”

Facebook
Prev
Psychiatric Advance Directives: Helping You Take Control of Your Health Planning
Next
The Traumatic Brain Injury (TBI) Act of 1996: Why it still matters.